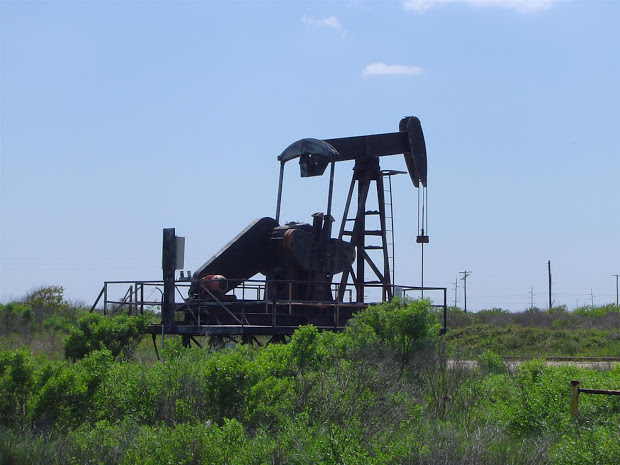 This Earth Day we consider the precarious position of oil industry workers: Massive layoffs spurred by the dwindling global price of crude oil have already affected 100,000 workers—a number which experts say has yet to reach its ceiling.

Oil prices have plummeted for a variety of reasons, chief among them are the large domestic oil supply coupled with a decreasing demand for oil. In June 2014, the price of Brent crude was at $115 per barrel. In January 2015, this price dove by more than half, down to $49 per barrel.

The Economist explains several reasons for the oil price dip, stating, “Demand is low because of weak economic activity, increased efficiency, and a growing switch away from oil to other fuels.” Vox echoes this reasoning, saying, “the United States, once the world’s biggest oil consumer, has seen gasoline consumption stagnate as cars became more fuel efficient.”

And herein lies the dilemma: Increased energy efficiency and the growth of alternative energy sources are considered hard-won victories for Earth Day enthusiasts; however, the decaying demand on traditional energy sources will continue to impact the industry—the hardest hit likely being middle-class laborers and their families.

If one were to seriously consider the Earth Day warning scientists released today, it’s difficult to imagine a win-win scenario where crude oil consumption and a healthy planet can coexist:

Three-quarters of known fossil fuel reserves must be kept in the ground if humanity is to avoid the worst effects of climate change, a group of leading scientists and economists have said in a statement timed to coincide with Earth Day.

Politics Aside, Are Energy Layoffs Likely to Continue?

Despite your political views on climate change and energy policies, current economic realities portend more layoffs in as the energy market evolves. Global coal prices are also falling as a result of thinning demand and increased competition from other fuels, and coal mine closures and layoffs continue to climb.

The WSJ reports that oil-field jobs are quite a rarity in the U.S. economy–highly paid positions that don’t require a college degree. Laid off workers interviewed in the article listed their employment prospects—construction jobs, other energy-sector positions, and even enlisting in the army—all professions which will not pay close to what they had earned in oil. The average oil rig worker salary is $100,000 which includes the average base salary, overtime, and hazard pay.

For those who believe the switch to alternative energies is inevitable, massive layoffs and unemployment are themselves an unfortunate, inevitable consequence. To prepare for the possible labor fall out, searching for a more comprehensive and sustainable approach to retraining these workers into new careers is paramount. Providing outplacement and career coaching services that can aid workers at all employment levels could not only transition workers in the short term, but could also provide a solid foundation from which to build more wide scale measures in successfully shifting the career path for an evolving workforce.

What are other ways to improve the reaction of labor market adjustments for industries in flux? How do we create a win-win scenario for energy workers?