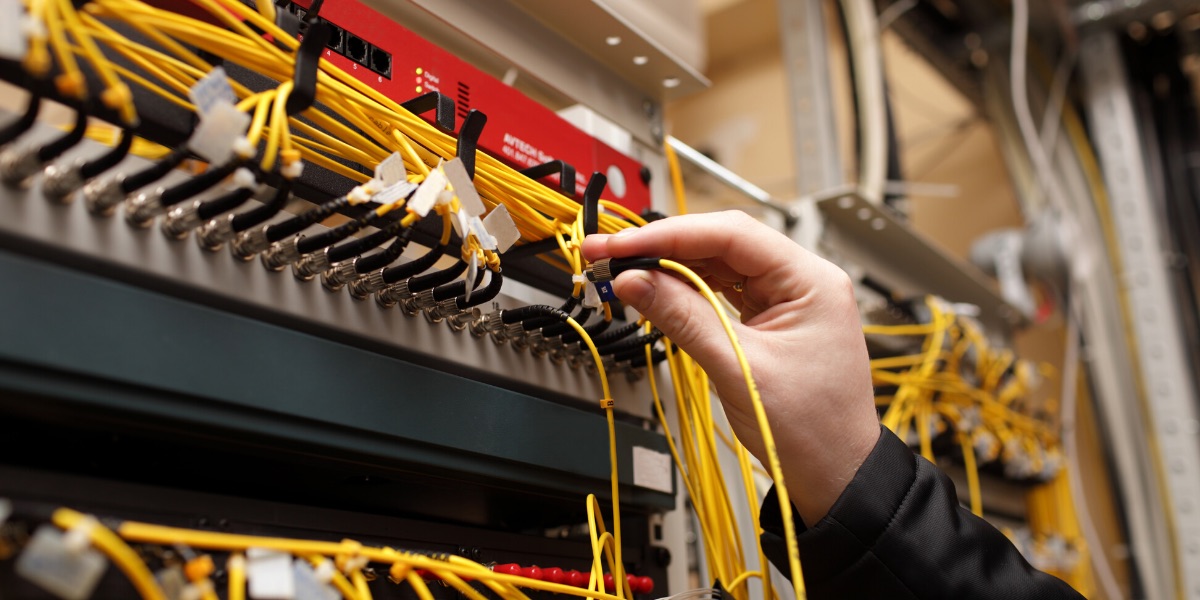 Before his layoff in early 2020, Roger Slowinski had never applied for a job online.

“I’d been with my company for 28 years, through a few acquisitions,” Roger said. “I started out as a field service engineer, then when the company moved me to Omaha, I did tech support and bench technician work.”

But in January, Roger’s company reduced its workforce. So for the first time in nearly three decades, Roger had to update his resume—and learn how to conduct a job search online. The first month, he tackled the process all on his own.

“At first, I just added to my old resume and put in my new information. I tried that and, well, I did have some interviews, but those jobs didn’t pay enough.”

Then, the coronavirus pandemic hit. The number of open positions shrank, and a job interview he had set up was put on hold—indefinitely.

“I would send off these resume applications, and I wouldn’t hear anything back,” Roger said. “I didn’t know whether the job was on hold, or they didn’t care for my resume.”

So Roger decided to get some help. He activated Intoo’s outplacement solution, a career transition service he’d been given by his former employer as part of his severance package. Once he logged on to the platform, he was able to quickly submit his resume in for review. Intoo career coach Karen took a close look at it, and the two got on the phone to start the revision process.

“Karen would go through and change stuff, then I would look at it, until we finally got it to where I wanted it,” Roger said. “It was nice being able to talk to somebody that knew what’s current and what needs to be on the resume now. We expanded more on my last job—30 years ago, you didn’t have to put all that in there. So that was just nice talking with her and figuring stuff out.”

The two worked collaboratively, with Karen listening closely to Roger talk about the specifics of his job—down to the types of equipment he worked with—and finetuning her suggestions to match. Karen also gave Roger tips to ward off potential age discrimination.

“A lot of my stuff had my dates on them. That was the highlight. And now that I’m 63, you don’t want to highlight that. So I redid the resume so the dates weren’t so obvious, so when someone first glanced at it, it wasn’t something that drew your attention. And we took off one of the jobs I had back in the day. We got it down to one page.”

After a couple meetings with Karen, Roger’s new resume was ready. He started sending it out—and getting better responses. Soon after, Roger accepted a technician job with Fiserv, a financial services technology company. He started work the first week of May 2020, problem-solving and repairing equipment breaks.

As a Intoo’s outplacement solution user, Roger had unlimited, on-demand access to career coaches as well as many other premium services that help candidates compete in the current job market—such as video interview prep, personality and skills assessment tests, and LinkedIn networking and branding resources. But because Roger found a job fairly quickly, he didn’t need to use the services for very long.

“If it had taken longer, I would have probably asked Karen about other tools,” Roger said. “But we didn’t have to go that far. It wasn’t long after we got the resume done that I got the interview with Fiserv. I think the new resume made a difference, especially since with one company, I had applied twice before with my old resume and didn’t hear anything. The third time was when I heard back, and that’s when I used the new resume that Karen helped me write up.”

Intoo’s virtual outplacement helps transitioning employees land their next job 2.5 times faster than the national average time it takes to find employment—all without leaving their homes. Designed for employees of all levels, industries, and backgrounds, Intoo’s coaching-first, award-winning online platform accelerates career transition by connecting candidates with career coaches faster and by providing personalized guidance for each individual.