Lorne Wood Finds the Culture He Was Seeking at Deloitte: A Candidate Success Story

Lorne Wood Finds the Culture He Was Seeking at Deloitte: A Candidate Success StoryRobyn KernDecember 15, 2021October 18, 2022

As a highly successful contact center leader for many years, Lorne Wood had built a strong network over time. But when his company let him go, he didn’t want to just jump at the first opportunity that came his way. Rather, as an experienced job seeker, Lorne thought that taking advantage of the INTOO outplacement offered to him might help him determine the best direction for his search. INTOO matched him with career coach Natalie.

Natalie helped Lorne identify what was most important to him in his next role. “I wanted something that, given my experience and accomplishments, would be a job and a title that I’ve earned, and that the work would align with my personal ambitions and goals,” said Lorne. “I was also pretty picky about culture and the type of people I wanted to work with.” Through their conversations, Natalie was able to make observations about what Lorne would find rewarding in a position and organization, even when Lorne himself wasn’t entirely clear.

Even though Lorne is an experienced job seeker, he welcomed Natalie’s suggestions. “She guided me positively, but at the same time she didn’t hold back with constructive criticism. She was very tactful about it.” 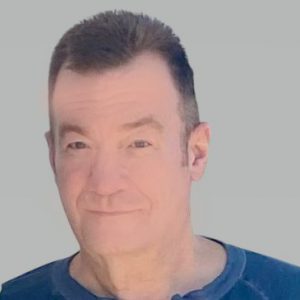 Lorne Wood found INTOO’s outplacement program instrumental in leading him to the right role and organization.

Lorne also found the resources in the platform helpful, particularly when paired with Natalie’s guidance. “The LinkedIn training was really good. I applied that right off the bat, and as a result my LinkedIn profile got a lot of traction for me. I was also able to refresh my interviewing skills, especially to clearly communicate what I’m looking for, and focusing on my purpose and selling that. It made a huge difference.”

In addition, he found the resume writing to be top-notch. “With INTOO’s help, I put out a resume that was better than any I’d ever done before.”

Lorne says Natalie’s guidance was instrumental in helping him realize that Deloitte would be the right fit. “She helped me sort through my priorities…to really take a good hard look at the culture of the companies that were approaching me. Ultimately, I shopped for a culture and found the right one.”

Lorne found that INTOO’s outplacement—the platform, resources, and coaching—far exceeded his expectations. “I was downsized once before—several years ago—and went through a top outplacement service at that time. But the coaching they provided wasn’t nearly as personal and relevant as INTOO’s was. INTOO’s platform and materials were also of a much higher quality.”

Lorne went from application to offer at Deloitte in 47 days. “I’ve been hired onto a team of contact center experts to provide services to businesses seeking to improve their performance. What’s great about Deloitte for me is that I actually get paid to do the thing I love the most. Above all else, Deloitte has the right culture for me.”