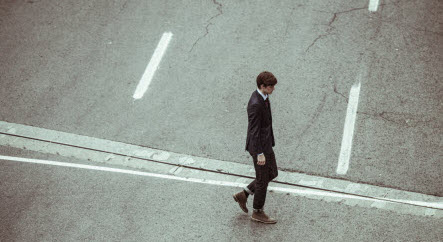 As a part of the Gallup-Healthways Well-Being Index, Gallup conducted a survey to study the psychological effects of long-term unemployment and found some startling new data:

Long-term unemployed are more than 3x likely to be depressed than full-time unemployed.

While only 5.6% of Americans employed full-time say they currently have or are being treated for depression, this rate more than doubles for unemployed Americans, jumping to 12.4%. However, the depression rate among the long-term unemployed — individuals seeking work for 27 weeks or more — shoots up to 18.0%.

When respondents were asked to tally how long they had socialized with friends and family — including email and online communication — 31.1% of the long-term unemployed reported spending only two hours or less with family or friends the previous day, compared to 21.5% among short-term unemployed adults.

The longer Americans remain unemployed, the less likely they are to believe they will find a job within the next 4 weeks.

The Psychological & Economic Quicksand of Joblessness

The psychological distresses associated with joblessness are not particularly new, but observing how these symptoms heighten and persist among the long-term unemployed over time sheds new light into the jobless trap many struggle to escape.

If joblessness can more likely lead to depression — a condition which makes it even harder to land a job — we must ask ourselves how we can break the cycle of joblessness quicker, and help get the unemployed back to work, faster.