7 Professors on How 2020 Is Changing Higher Education 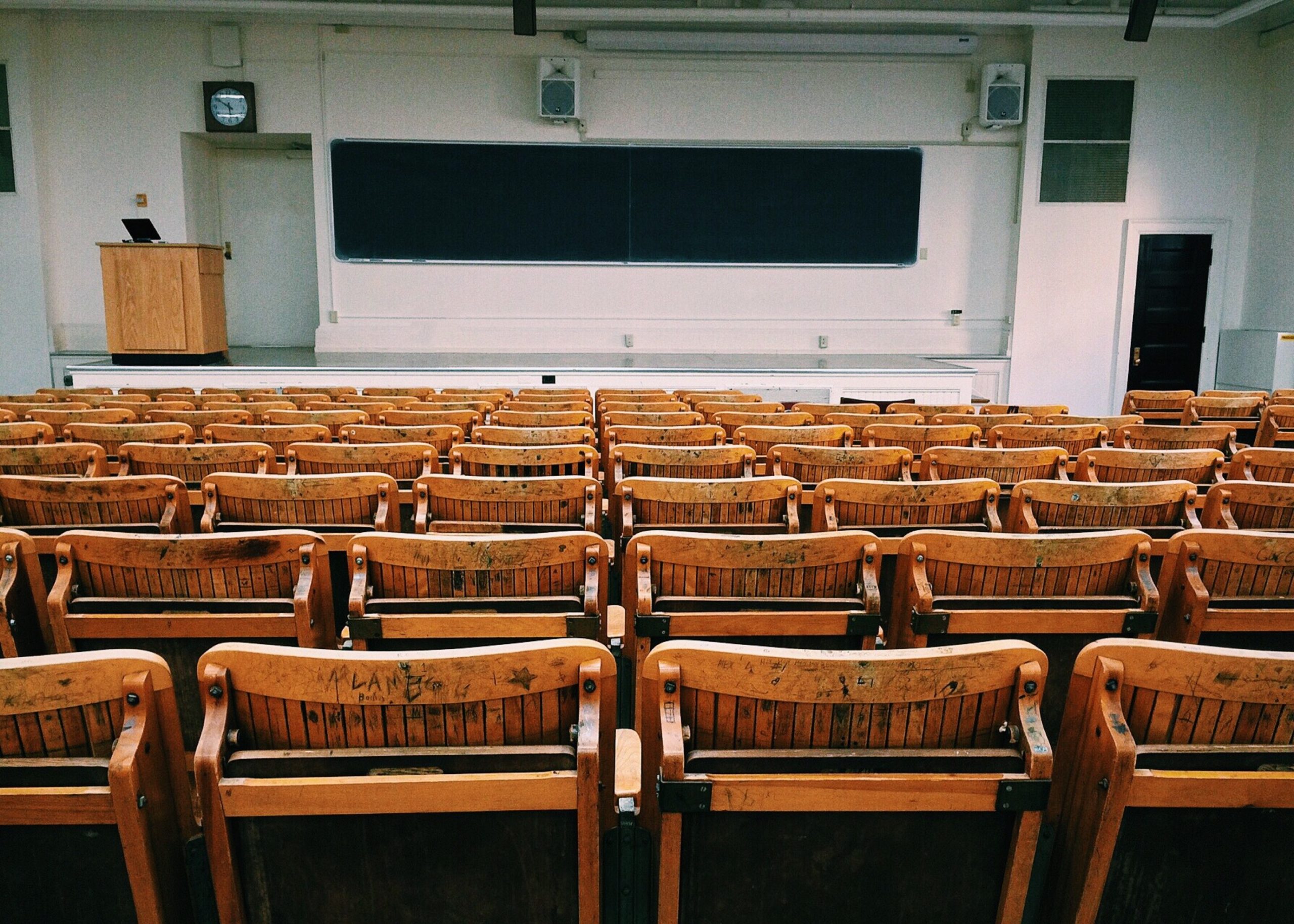 So much has happened during 2020 that it often feels like ten years compressed into one. A pandemic, an unprecedented economic shutdown, and widespread protests demanding inherent structural change have helped define 2020—but what will their effect on the future of higher education be?

The Future of Higher Education

Much as the COVID-19 pandemic has revealed inequities and surprising truths across the United States, it has also upended expectations within higher education. Not only has in-person instruction become problematic for health reasons; the business model of universities is undergoing a fundamental reckoning. How can universities justify charging the same tuition for classes taught virtually (and avoid faculty layoffs when that tuition doesn’t materialize)? How can they combat dwindling enrollment, provide stability within a whipsawing economy, and incorporate systemic changes within their institutions?

Many universities have opted to teach fall semester 2020, and even winter semester 2021, remotely. Some colleges have experimented with welcoming students to campus only to have to send them back home when COVID-19 outbreaks have occurred. In an uncertain climate when the virus and the lack of a vaccine make long-term planning almost impossible, numerous professors and academics have begun to take another look at the assumptions that form the culture of higher education.

As faculty layoffs for tenured and non-tenured staff alike continue to dominate the news, these seven professors are forecasting how college campuses and academic culture itself may be permanently changed by the events of 2020.

Tenure May Be Eliminated

“The sense is that destroying tenure was on the agenda of the administration when they created this faculty hit list. To be able to fire tenured faculty without due process is to negate that job security and in a way that will make tenured faculty not stand up for their colleagues, for their research, and that weakens the entire higher education system.”

— Dr. Susan Ramlo, Professor of General Technology at the University of Akron’s Science and Engineering Department (The Guardian)

Tenure, or a permanent position within a university, is the hard-fought dream of many professors who embark upon years, if not decades, of researching, publishing, and teaching to attain it. Unlike associate or adjunct professors, tenured professors enjoy the privilege of not having to worry about the renewal of their contracts. In most cases, this allows them to research their field of study with the aid of the university, as their advancements in the field, which often aid society at large, tend to reflect well on the institution at which they teach.

Due to COVID-19, many universities are laying off tenured faculty—a short-term financial solution that may have catastrophic long-term effects. While tenured faculty often have the highest salaries at colleges apart from administrators, such faculty layoffs have a hidden cost. Administrators who lay off tenured faculty may ultimately harm the reputation and valuable output of their institutions, as well as diminish the likelihood of winning future grants and awards.

While faculty members understand the need to rectify budget shortfalls, other measures such as furloughs and shifts from full-time to part-time positions may ultimately save the university money while preserving its fragile and invaluable core of knowledge.

“I shudder at the prospect of teaching in a room filled with asymptomatic superspreaders.”

Ongoing health concerns are changing the nature of pedagogy. While online classes are not new to the profession (many elite universities, including Harvard, have allowed students to audit their classes online for years) the widespread shift to this mode of instruction has benefits for both professors and students. While some form of in-person instruction is always welcome, the use of virtual classrooms and distance learning, especially for university and graduate students, gives all participants greater flexibility. Professors or students who have non-COVID health issues in the future may be able to participate in a format that, until recently, was unavailable to them.

Institutions May Be Consolidated to Avoid Faculty Layoffs

“What might happen in the next 10 years is that the [University of Akron] no longer exists as it is now. It might become a branch campus at the margins for a bigger school like Ohio State University.”

Because so many classes are now being taught online, many physical campuses are becoming redundant. As a result, individual institutions may discover that it makes sense from an economic perspective to band together in order to attract more robust enrollment and avoid faculty layoffs.

Before the pandemic, it was not unusual for students to attend a two-year community college and then transfer to a more “prestigious” four-year university. In this vein, some professors are predicting that smaller universities may start offering course loads designed specifically for freshmen and sophomore students, with the more prestigious four-year campuses becoming places that specialize in the finishing of that degree. This consolidation might inadvertently transform the four-year campuses into two-year campuses, but it would provide each institution with a steady stream of enrollment, and an incentive to coordinate their curriculums. Of course, the notion of officially franchising education is anathema to many institutions. However, the uncertain state of the economy may force certain smaller schools to reconceptualize their course offerings and their relationships to larger campuses.

College Towns May Change or Disappear

“Of course, we can’t discount the modern university’s function as landlord. I’m not saying that campuses, as physical spaces, will be abandoned, or that those lavish facilities that were built to attract students will go unused. But students’ and staff’s interactions with their surrounding physical environs will grow more detached and casual as they come to see a campus not as the site of learning but, merely, as one of many possible sites. All that dispersal will make the university’s claim to being the fount of the lifeblood that sustains these so-called ‘college towns’ appear ever more quaint.”

—Sheila Liming, Assistant Professor of English at the University of North Dakota (The Chronicle)

The relationship between a college campus and the surrounding community is often highly beneficial to the town. Students frequently choose to live off-campus, providing rent money to local property owners. Restaurants and other local businesses thrive during the school season due to the money these students spend in their establishments. However, with the shift to online learning, these sources of income diminish considerably.

As Sheila Liming notes, budget-challenged colleges may be unintentionally encouraged to relocate or shut down when their city no longer sees a reason to brand itself as a “college town.” The balance between attracting enough students and faculty who will invest economically in their surrounding environment versus the very real threat of losing the special relationship between a campus and its city will undoubtedly force more colleges to reconsider where and how they have a physical campus.

Institutions Have a Renewed Appreciation for Black Communal Spaces

“The physical space of HBCUs [(historically black colleges or universities)] symbolizes a place in which the act of education, culture, and community thrives among Black people…It is a collective space that embodies the love of family, the sacrifice of a community, and the promise of education. This space is where the mission of the HBCU is fulfilled…This mission can be fulfilled only on protected grounds that are safe from the societal structures that made HBCUs necessary in the first place.”

The Black Lives Matter movement (and the acts of injustice that made it necessary) has made clear the need for Black students to have safe, nurturing, and supportive environments. Due to the events of 2020, many HBCUs may become even more vital spaces for members of the community in which to assemble, learn, and grow. The challenges of providing these safe places to gather during a health crisis may also necessitate procuring either more real estate for each college, or the construction of new HBCUs across the nation to give Black students the experience they deserve.

“2017 was a watershed: it was the first year that public colleges and universities began to receive more revenue from tuition than from the state…If this is the funding model that has forced upon us the choice of open or die—or open and die—we might heed the example of a different catastrophe, which prompted American society to make a different choice. During the Depression, the New York municipal-college system opened two flagship campuses: Brooklyn College and Queens College. These schools built the middle class, took in refugees from Nazi Germany, remade higher education, and transformed American arts and letters…Until 1976, [CUNY] was free to all students; the government footed the bill. Public spending, for public universities, is a bequest of permanence from one generation to the next. It is a promise to the future that it will enjoy the learning of the present and the literature of the past.”

The complex series of skills required to thrive in our contemporary world and economy requires a substantial amount of education. The problem for most students is how to afford a quality education when the cost of tuition is increasingly out of reach. Before the pandemic, many universities were fighting declining enrollment numbers as the burdens of taking on extensive student debt deterred many young people from even attempting to apply for a degree.

In the 20th century, the notion of a strong, educated middle class was a socially popular goal. As the nation grapples with the reality of students whose education has been poorly affected by the events of 2020 entering the workforce, the wisdom of providing free or at least affordable college-level education may once again become not just popular but necessary. This shift from private to public funding could dramatically increase enrollment, diminish the need for faculty layoffs, and allow universities and colleges to once again thrive.

Greater Opportunities May Be Provided for All, Not Just the Exceptional

Elite colleges such as Harvard and Yale regularly turn away up to 90% of their applicants not due to a dearth of qualifications, but rather as a means of increasing the value of their brand. While no college should be forced to take on underperforming students, some professors such as Scott Galloway advocate for an end to the notion of a college education as a luxury item. As Galloway observes, Harvard or Yale could build additional campus space and take in another 10% of their exceptional applicants without damaging their institutional culture, but they refuse to do so. This policy creates an artificial scarcity, and ultimately only benefits the trustees of the university.

Opportunities could be extended to more students to allow them the potential to succeed, a process which would ultimately result not only in more teaching positions, but also in a dramatic increase in the capability of society as a whole. While exceptional students will continue to be exceptional, ordinary students should be encouraged to thrive. As the events of 2020 have demonstrated, the future is a complicated and unpredictable place: the better educated we all are, the stronger our society will be.

Due to the continued uncertainty of 2020, many universities are facing difficult choices about laying off valued employees. Tenured professors and adjuncts alike may find themselves temporarily furloughed or laid off. As pedagogy adapts to our rapidly shifting world, Intoo’s outplacement services help professors, adjuncts, and other university staff transition to the next phase of their career. Our tailored suite of services help university staff members who may be unfamiliar with current job seeking practices quickly adapt. From tips on how to revamp online portfolios to practice sessions designed to hone interview skills, our experienced outplacement staff evaluate each candidate’s needs and provide them with customized assistance.